A Prequel to Return of the Hippy 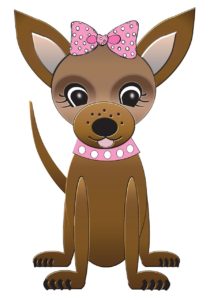 Today I am going to leave my wife. Well, maybe not actually today as in walking out the door this very day but this is the day I finally decided I was going to leave. I came to this conclusion whilst I was out walking the dog through the woods, which is where I do all my best thinking. Ah, the dog, when did he arrive? I don’t ever remember the act of ‘Getting a dog’, which I’m sure I should.

I do remember, back in the days of sanity, mentioning once it might be nice to have a dog but I think had a proper dog in mind, not a yappy little Yorkshire Terrier. I had visualised a real dog, an Alsatian or Labrador. Something with which one can play Frisbee without the fear of knocking it unconscious. That had been a bad day. It wouldn’t have been quite so disastrous had there not been a convention of cotton-tops walking their collections of toilet brushes through the park. They’d looked at me as if I were the Hannibal Lector of toy dogs looking for my next meal. They gathered their miniature balls of canine fury into their arms as they clucked around my unfortunate little Yorkie. “What has the nasty man done to you?” “Poor little darling!” “Somebody should call the RSPCA.”

I tried to explain this had happened before and that he’d be alright in a minute but I don’t think that helped. It just seemed to convince them further that I was a serial dog torturer and they all backed off a few feet pulling their bonsai companions closer into their arms until all that was left were glaring eyes, pink noses and snarling teeth. A strange parody of the Cheshire Cat.

Achilles started to recover. I had always wanted a dog called Achilles ever since I’d been a boy. Somewhere in the ‘Great Negotiations’ regarding dogs and names Sam had got to choose the brand of dog and I’d stubbornly clung to the name I’d held in waiting for all those years. I looked down at Achilles as he struggled to his feet, shaking his pink ribboned head. Yes, I’d lost the battle of the ribbons as well.

He looked up at me, blinked a few times and started yapping. I clipped his leaded in placed and dragged him between the group of clucking ladies. He left a little trail of scratches in the grass as he tried to resist my efforts to remove us both from this situation. I think he sensed kindred spirits and a diet of pink marshmallows and truffles if he could only break free and into the arms of one of these saintly patrons of tiny mutts.

Sam had been convinced I’d done it on purpose. Achilles’ fluffy cushion had been moved to my favourite armchair to aid recovery and the fillet steak I had been looking forward was cut into strips and fed to the eager little malingerer.

Anyway, today I have reached a decision and that made me feel better. I was soon to be free. I reached down and threw a stick for Achilles to chase. There was a sickening thud and the little terrier dropped to the ground amidst a small flurry of fallen leaves. All was still.