A Tale of Woozles and UFOs 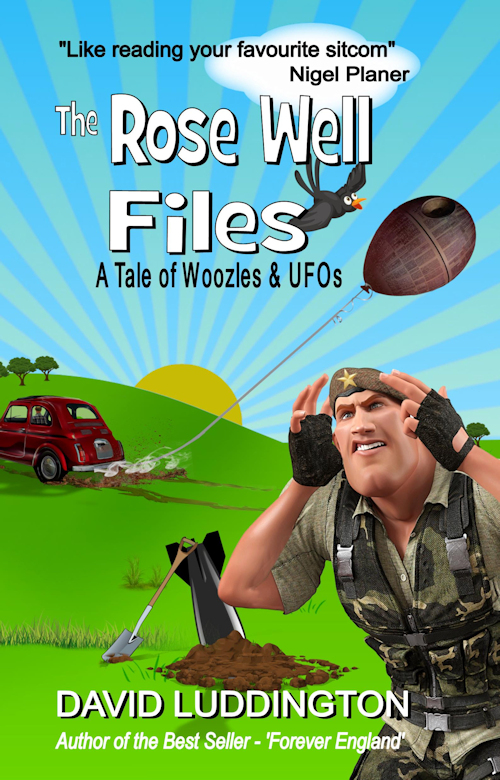 This once shining icon of the Great British Holiday Camp is dying, and the last residents are more interested in preparing for a zombie apocalypse or fighting off imaginary UFOs than playing Crazy Golf or Bingo.

In addition, a foreign bottled water company is attempting to force a sale so they can seize the last asset of Rose Well Park, the Rose Well Spring. The famous spring water claimed to bestow great health and longevity.

And then there’s the bomb.

What Rose Well Park could probably do without, is a hero whose belief in a better tomorrow far outweighs any of his past achievements. But William Fox is all they have.

Armed with nothing more than an undying sense of optimism and a box of books about alien conspiracies, he slowly draws up his plans to make Rose Well Park famous.

Order now at the Special Pre-Launch price of only £0.99p

A presentation of evidence by citation only. A woozle occurs when frequent citation of publications, lacking evidence, mislead individuals, groups, and the public, and nonfacts become urban myths and factoids.