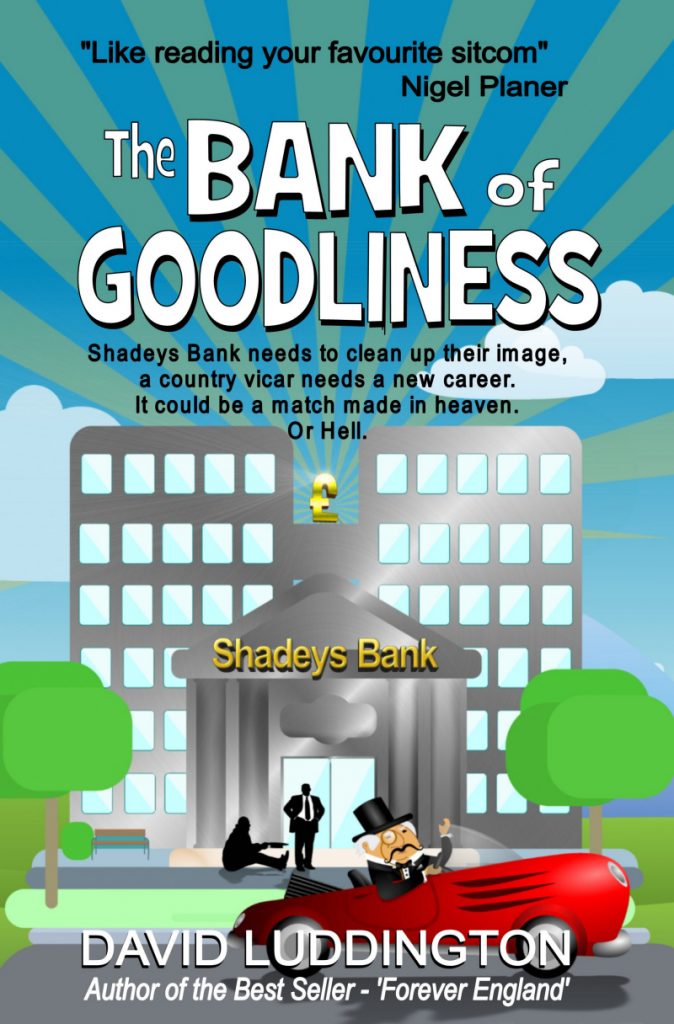 When Shadeys Bank loses yet another C.E.O. to a major scandal, they are desperate to show they’ve reformed. Who better to present their redemption to the world than a country vicar with a reputation for being annoyingly good?
Reverend Tom Goodman is ousted from his job as a country vicar for allowing a homeless family to stay in the church hall. Meanwhile, a major bank is trying to rescue its image after the latest in a long string of financial scandals. It seems like the perfect match and Goodman is hastily appointed as the bank’s new C.E.O. All they have to do now, is promote him as the new face of Shadeys Bank whilst at the same time, keeping him away from the day-to-day business of dubious banking.
However, Tom Goodman has other ideas. He’s not going to be satisfied with being used as an empty puppet for a PR stunt. Unfortunately for Shadeys, Tom is planning on actually making a difference.
And so begins an epic battle of wills. The might of a multi-billion pound bank versus a seemingly naïve country vicar. No contest.